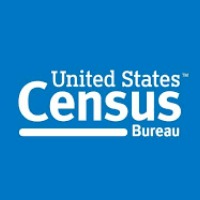 The article also discussed how poverty numbers are calculated by the Census Bureau, which uses survey data collected through several methods including in-person and phone interviews, and Ziliak provided some context for limitations that affect responses by individuals who are poor. He said that poverty rates are likely underestimated because the poor are harder to contact.

About 40% of those in poverty do not respond to Census surveys; thus, the 10.5% poverty for 2019 may be far too low. In February, March, and April of each year, the bureau adds survey questions about income and poverty, and this year the Census faced additional challenges because in-person interviews were affected by pandemic safety precautions.

Ziliak, who uses Census data extensively in his research, has also worked on the problem of measurement error and non-response in these data, such as the annual Current Population Survey produced by the Census Bureau. He is currently co-investigator with UK Professor of Economics Professor Christopher Bollinger on a 3-year National Science Foundation grant to investigate the effects of survey non-response and measurement error on what we know about earnings volatility and inequality.