Income inequality, race, and the EITC

We examine the relationship between the Earned Income Tax Credit (EITC) and Black-White after-tax income inequality from 1980-2020. The EITC lowers overall inequality by 5-10 percent in a typical year, improving the incomes of Black households relative to White households in the bottom half of the distribution. Gains in relative economic status emerged after the 1993 EITC expansion, concentrated among working class Black households, and not extending to those at the very bottom. Estimating the effect of the 1993 expansion on labor supply, we find evidence of a much larger extensive margin employment response for Black households than White households. 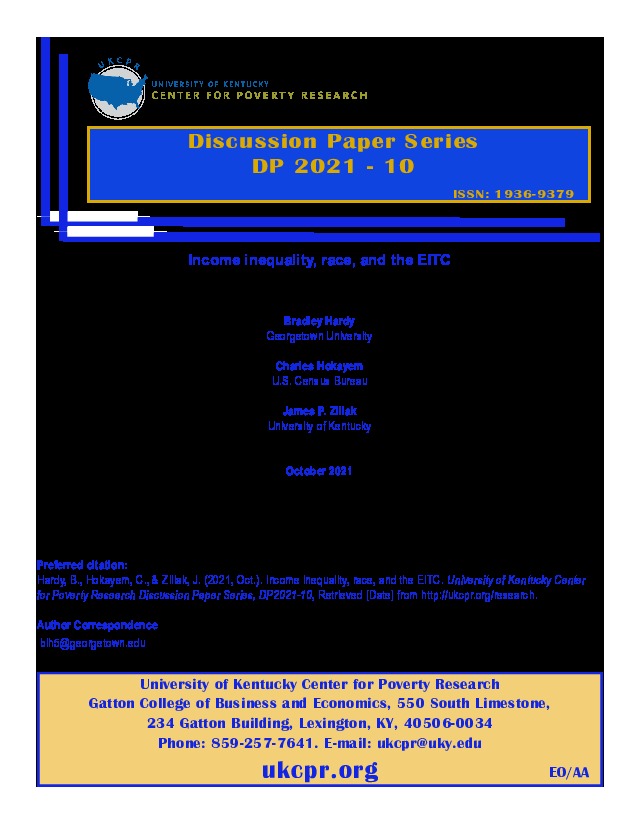